Why are animals sent into space?

Animals were the first living creatures sent into space, before humans headed up there.

A monkey sent into space by Iran, in the Middle East, is the latest animal to make the journey there and back.

Some people think it's cruel to send animals into space - especially if they don't make the journey back. But it's widely thought the knowledge gained has helped pave the way for human space travel. 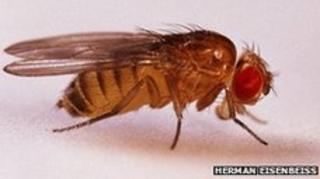 Fruit flies were the first creatures that made the journey into space in 1947. Scientists in America wanted to find out more about the possible effects of radiation on them.

In the earlier days of space exploration, nobody knew if people could survive a trip away from Earth and make the return journey safely, so using animals was a way to find out. In 1948, America sent the first of a series of monkeys, all named Albert, into space. Most of the monkeys didn't survive the complete journey. 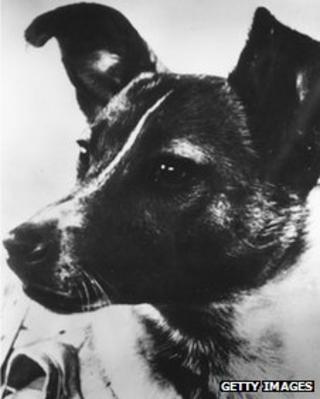 While in America scientists were sending monkeys into space, in Russia they were using dogs.

One of the best known is Laika who travelled into space on board the spacecraft Sputnik 2 in 1957.

Sadly Laika's journey was only one way. 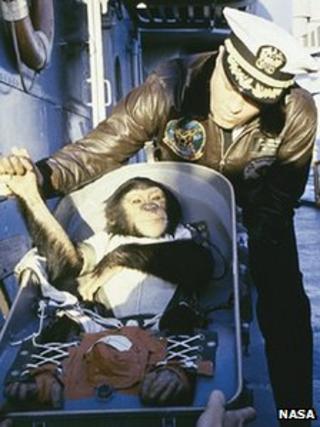 In 1961, Ham became the first chimpanzee in space and successfully returned to Earth. Scientists found that Ham was slightly tired and dehydrated after the flight, but in good shape. Ham's mission paved the way for the successful launch of America's first human astronaut.

Later Ham went to Washington Zoo in America and lived there until 1980.

In 1963, French scientists launched the first cat into space. The cat, named Felix, was successfully retrieved after a parachute landing back on Earth. But a second flight with Felix ran into problems and the animal didn't survive.