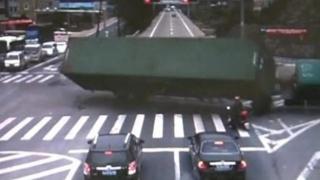 Here's an extremely lucky escape that'll have you holding onto your seat!

A motorcyclist is waiting at a crossroad in China when a lorry coming from the opposite direction tries to turn but topples over - narrowly missing the motorbike rider.

The lorry driver, Mr Zhu, said: "As the road winds here, the back compartment of the truck tilted towards the right side of the tyres and then flipped over, which was followed by the front of the truck."

Thankfully no one was hurt in the incident, but authorities closed off the area after it happened. 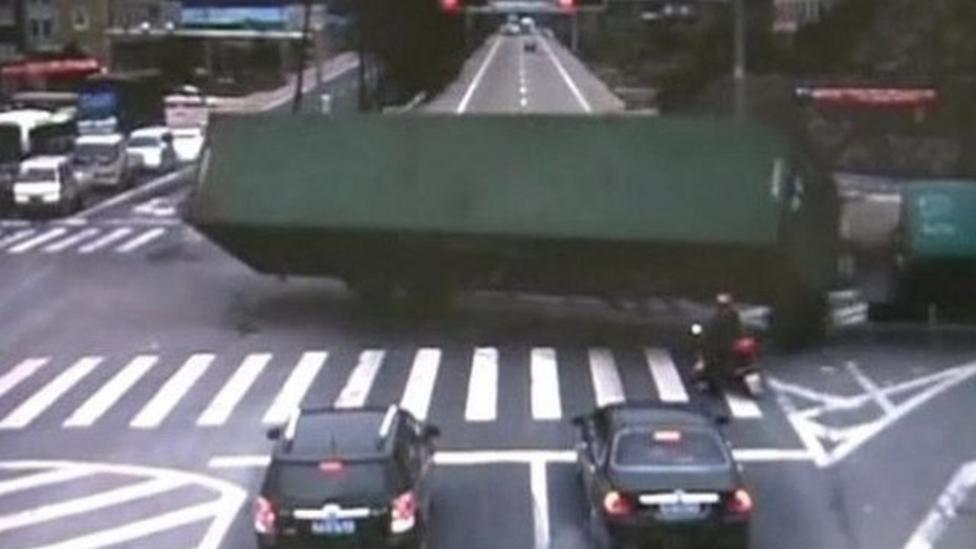