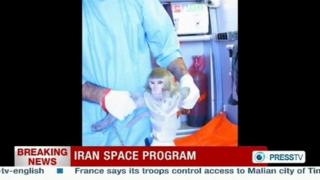 The Middle Eastern country Iran says it has successfully sent a monkey into space.

The animal reached a height of 75 miles inside a space capsule, according to the government's aerospace department.

It added that the capsule was retrieved after the space trip and the monkey was alive.

Some countries are worried that Iran's space programme is being used to develop long-range missiles that could carry nuclear weapons. 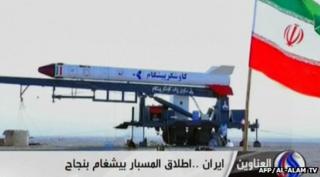 The space capsule containing the monkey

But Iran has denied it is making nuclear weapons.

The country has previously sent a rat, turtles and worms into space. It says it wants to send a man into space by the end of the decade.