How to build the perfect snowman 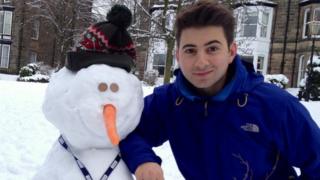 If you're off school because of the snow, you may be tempted to build a snowman.

This Newsround guide will teach you how to become the envy of your street with the perfect snowman.

Make sure you have the tools for the job 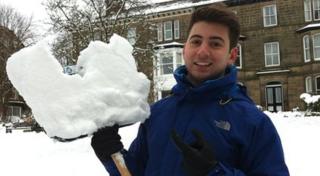 Ricky uses his industrial snow shovel when making snowmen - but you can just use your hands. Snow can be quite cold so make sure you wear some gloves!

If the snow is too fluffy to stick together, try adding a splash of water to it. 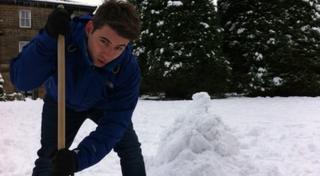 To form the snowman's body, scrape a load of snow into a big pile. The more snow you can gather, the bigger the snowman will be - so put your back into it! 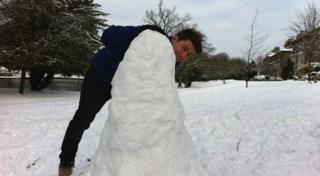 When you have made a big pile of snow, press it together and pat it until a solid base forms. Then gather more snow to build the snowman's body higher and higher. 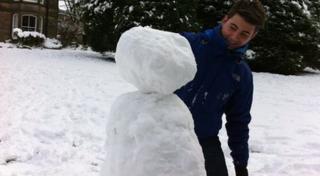 For the snowman's head make a regular snowball, then roll it around in the snow until it gets bigger and bigger. When it's head-sized, pop it on top of your snowman's body. 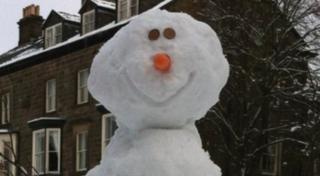 Traditionally a snowman's face is made of coal. If you don't have a bucket of coal, why not improvise? Ricky's snowman has tuppence eyes and a carrot nose - although most vegetables will do the trick. Not marrows though. 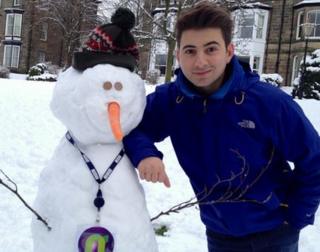 Could this snowman be the next Newsround reporter?

Snowmen don't stick around for long before they melt - or get vandalised - so make sure you take lots of photos with your snowman. Good luck!

If you've got enough snow left over you could always try some of these epic snow creations or have a go at these other fun things to do in the snow.