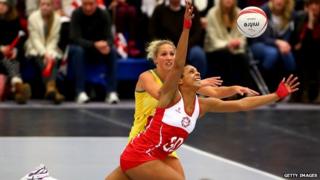 England's netball team have made history by beating world number one side Australia at Wembley, claiming their first ever series win.

The 51-49 victory on Wednesday night followed a 58-53 win on Sunday - only the third time England had ever beaten Australia.

Captain Pamela Cookey was delighted after the win against 10-time world champions. She said: "It's amazing.

"The girls really put in a performance tonight. I'm so proud of them."

"Our goal is the 2014 Commonwealth Games [in Glasgow]. That is what we are working towards and we're getting there."

England, ranked third in the world, will play their final game against Australia on Saturday at the National Indoor Arena in Birmingham.