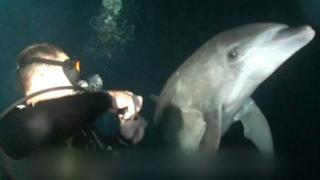 A dolphin tangled up in a fishing line has swum up to divers in Hawaii for help.

Martina Wing, who captured the footage said the dolphin approached one of the divers and waited patiently as he was cut free.

The diver then spent eight minutes cutting the tangled line from the mammal.

After the rescue the diver revealed how the dolphin had pushed himself into him as if he was asking for help. 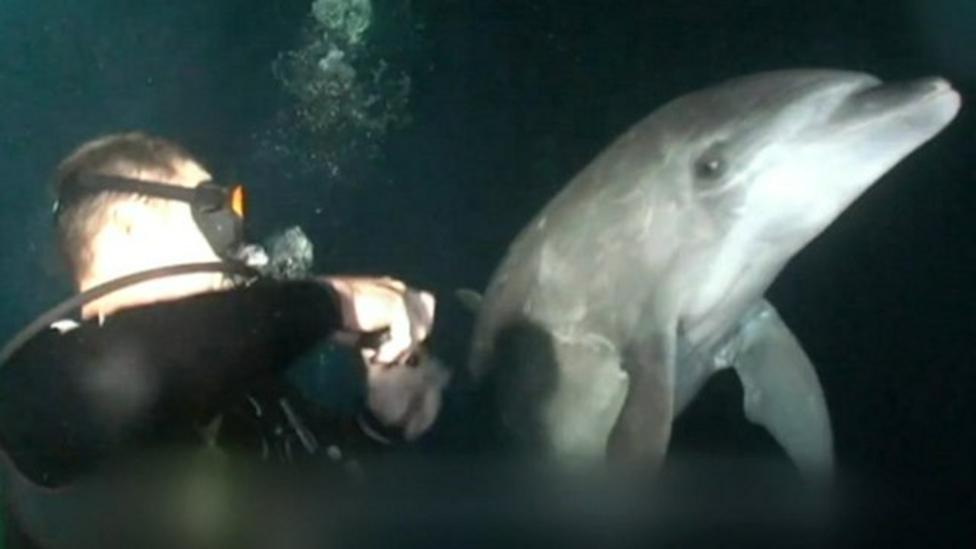