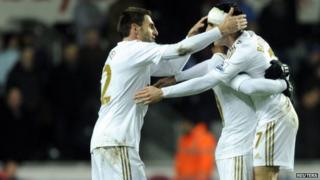 It's certainly not the final that many football fans would have predicted. But Swansea City will play Bradford City in the Capital One Cup final.

Swansea booked their place at Wembley after beating Chelsea 2-0 over two semi-final legs.

League two side Bradford City beat Aston Villa 4-3 over two games to become the first fourth-tier side in over 50 years to get to the final.

The final will take place at Wembley on 24 February.

Why is fashion a BIG problem for the planet?

'It's sparking a positive conversation, which is what we wanted'