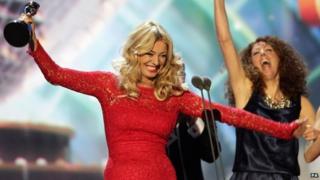 The biggest stars from the world of television were out in force last night for the 2013 National Television Awards.

And Ant and Dec won the best presenter award for the 12th year in a row.

All the prizes handed out at the ceremony at London's O2 Arena were voted for by the public. 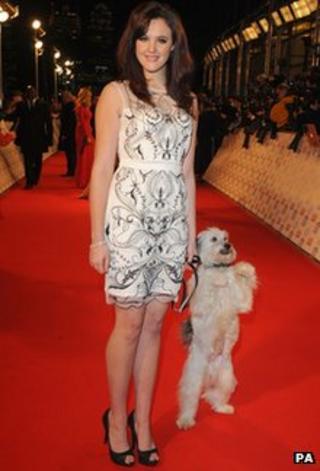 Britain's Got Talent winner Ashleigh and Pudsey performed at the awards

There was also success for ITV show I'm A Celebrity... Get Me Out Of Here, which won best entertainment programme.

But it was bad news for Doctor Who fans, the show missed out on winning the best drama award to Downton Abbey.

And Coronation Street beat EastEnders, Emmerdale and Hollyoaks to be named best serial drama for a second year.

I'm A Celebrity… Get Me Out Of Here!

Paul O'Grady: For The Love Of Dogs