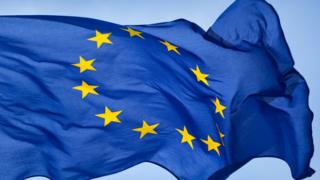 On 23 June 2016, UK adults voted to leave a group of countries called the European Union (EU).

Britain leaving the EU has been given a special name, which you have probably heard before - Brexit (made up of the words 'Britain' and 'exit').

The vote was over two years ago, but it is still being talked about a lot as the UK hasn't left yet the EU.

At the moment, UK and EU politicians are making all the final arrangements for Brexit to happen, as there is lots to sort out. For example, what will happen to the border between Northern Ireland (which is part of the UK, scheduled to leave the EU) and the Republic Ireland (which will remain in the EU), and how the UK will buy and sell goods with EU countries. 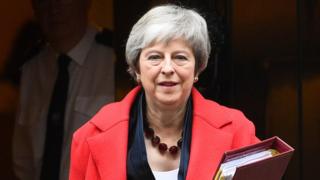 PA
Prime Minister Theresa May is hoping that politicians in the UK Parliament will vote to approve her Brexit deal.

The most recent big news is that EU leaders have approved Britain's plan for leaving. The next step is for Prime Minister Theresa May to get politicians in the UK Parliament to sign off on it too - something which may not be easy.

For many years in Britain, politicians have argued about whether it is better for the UK to be in or out of the EU and not everyone agrees.

With all this talk of Brexit and the UK leaving the EU, let's take a look back at what the EU actually is and how it affects people's lives.

The European Union is a club of 28 countries from around Europe, whose governments work together.

Countries which are in the EU

It has its own parliament, anthem, and a list of rules and benefits for all of its members.

Many countries in the EU also use a special currency called the euro.

The notes and coins were introduced in January 2002, when 12 countries started to use them instead of their own currencies. Now, 19 countries use the euro. Together, they are called the eurozone. 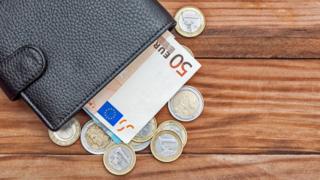 There are seven official EU institutions, which work together to run the EU: 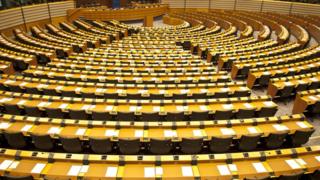 Getty Images
This room is where the European Parliament meet

The European Central Bank (which manages the euro and deals with economic issues) the European Court of Auditors (which checks EU funds are collected and used correctly, and managed well) make up the other two official institutions. 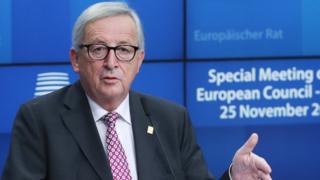 Getty Images
This man, Jean-Claude Juncker, is the current president of the European Commission

There is also something called European Economic Area (EEA), which includes EU countries and also Iceland, Liechtenstein and Norway. It allows these countries to have special deals with each other as part of something called the EU's single market.

According to the EU's official website: "In the EU's single market (sometimes also called the internal market), people, goods, services and money can move around the EU as freely as within a single country. EU citizens can study, live, shop, work and retire in any EU country - and enjoy products from all over Europe.".

Where did the EU come from?

The EU was formed in the aftermath of World War Two.

Many people felt that the best chance of preventing future wars, and of promoting peace and prosperity in Europe, was if countries worked more closely together. 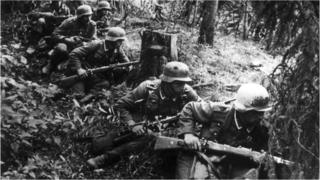 Five years after the war ended, France and Germany came up with a plan to ensure that their two countries would never go to war against each other again.

The result was a special deal signed by six countries to bring together their coal and steel resources in 1950. The idea was that if countries relied on each other economically, they would be less likely to go to war with each other.

Seven years later, another deal was signed in Rome created the European Economic Community (EEC) - which is what is considered to be the foundation of the EU as we know it today.

Who is in the EU?

From a small group of nations in the 1950s, the EU is now made up of 28 different countries.

The United Kingdom joined in 1973 - just one year after Newsround was born!

1957: Belgium, France, Germany, Italy, Luxembourg and the Netherlands signed up to the EEC, or Common Market in 1957

Croatia became the 28th member when it joined on 1 July 2013. Other countries interested in joining include Iceland, Serbia and Turkey.

The European Union currently has over 500 million citizens.

What does the EU do?

When the EEC was formed (which would later become the EU), it was more about buying and selling goods and services between member countries.

Now, countries in the EU work together on many more issues than just buying and selling to each other. 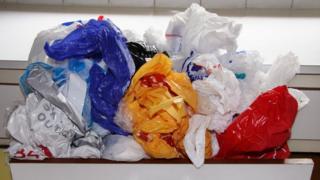 Science Photo Library
EU members work together to protect the environment from, for example, the overuse of single-use plastics

The EU aims to improve the lives of all those who live and work in member countries by making rules and setting standards.

It works to promote peace, human rights and equality, protect the environment and promote sustainability, respect and protect culture and heritage, set health and living standards, and invest in education and research.

How do countries join the EU?

Countries have to prove certain things in order to be allowed to join.

1. They must show that they treat their people fairly, respect their human rights and allow them to vote in elections.

2. They must show that their economies are properly run. That means the government is sensible about the amount of money it spends and does not interfere too much in the way people do business.

3. Countries may have to make changes to their laws so that they don't clash with the laws of the EU. 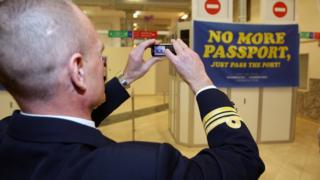 Getty Images
Some countries signed up to a special treaty called the Schengen Treaty which allows people to travel between Schengen countries without a passport. This photo was being taken as Estonia entered the Schengen borderless zone in 2007.

When countries are in the EU, they don't all have to behave in exactly the same way.

In the past, the UK has chosen to opt out of some important EU decisions like using the euro, and it didn't sign up to a special deal called the Schengen Treaty, which made border controls more relaxed.

What was the Schengen Treaty?

The Schengen Treaty (signed in 1985, initially by only five EU countries) means that many EU citizens can move between countries signed up to the deal without using a passport.

All EU countries except Bulgaria, Croatia, Cyprus, Ireland, Romania & the UK - along with Iceland, Lichtenstein, Norway & Switzerland - are currently part of the Schengen area.

Why do some people want the UK to stay in the EU?

They believe that we are in a better position to buy and sell products and services with other EU countries, as we will get better deals.

Many feel that it is positive for UK citizens to be able to move freely between other EU countries - either to live, work or study - which won't be the case once the UK is no longer a member.

'Remainers' - as people who support the UK remaining in the EU are sometimes called - generally believe that it is better when countries work closer together in a group like this.

Why do some people want the UK to leave the EU?

Some say that EU leaders have too much control over what the UK can do and that it is time we leave.

As a member of the EU, the UK has to abide by its rules. Those who want the UK to leave think that the UK will be better off by having more control over itself and being able to make its own separate deals with other countries, both inside and outside the EU.

For example, Switzerland is neither a member of the EU or the EEA, but it is part of the single market, giving Swiss citizens the same rights to live and work in the UK as other EEA nationals. Many people want the UK to be able to make its own deals like this. 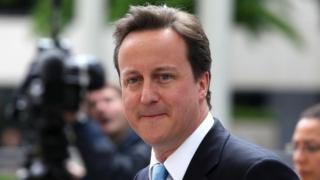 Press Association
David Cameron was prime minister before Theresa May and brought about the Brexit vote, even though he thought the UK should have stayed within the EU

Lots of people also want the UK to be able to limit the number of people who come here to work from other EU countries.

Furthermore, to be a member of the group, countries have to pay money, which is done mostly through taxes.

Those who support Brexit - nicknamed 'leavers' - believe that this money could be better spent elsewhere.

What does Gibraltar have to do with Brexit?

How will Brexit affect football?