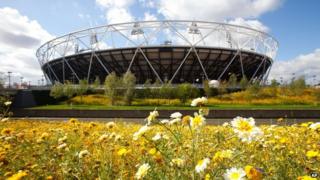 Megastars like Jessie J and Rihanna could soon be performing at the Olympic Park after a concert company said it would organise festivals there.

The company used to host events in the Royal parks of London, like Hyde Park - but people complained about the noise.

Live Nation said gigs with world famous acts would be announced soon and the first concerts held this summer.