A foul-smelling gas cloud from France has hit England 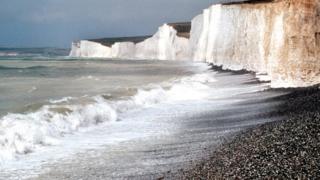 A stinking gas cloud has hit parts of England after travelling more than 26 miles across the sea from France.

The foul-smelling odour is believed to have escaped from a chemical plant in Rouen before crossing the Channel and hovering over four English counties.

Police in Kent, Surrey, Hampshire and Dorset received calls complaining about the stench.

Authorities say there are no serious concerns but people who are worried should shut their windows.

The gas is reported believed to be mercaptan, an additive to natural gas, that smells a bit like fumes from a diesel car.

It leaked on Monday from a plant near Rouen, 75 miles (120km) north-west of Paris. Winds blew the cloud over northern France on Monday night and then into England on Tuesday.