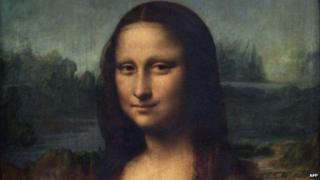 An image of the Mona Lisa has been beamed to a Nasa satellite at the Moon!

It's the first time that lasers have been used to communicate with a satellite orbiting the Moon.

Lasers are currently only used to track the satellite's position.

The image was then transmitted back to Earth to check its success. 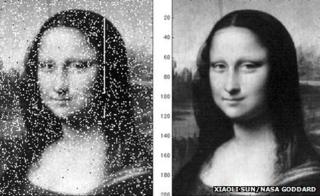 Scientists usually use radio waves, not lasers, to track and communicate with satellites in space.

The Lunar Reconnaissance Orbiter is the only satellite not orbiting Earth that can use both radio and laser.

In the future, using lasers could mean being able to exchange much more information with satellites.