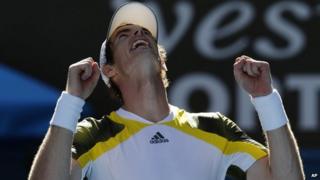 Britain's Andy Murray is through to round four of the Australian Open tennis championships, but Laura Robson is knocked out.

Murray beat Ricardas Berankis from Lithuania in straight sets 6-3 6-4 7-5 to make the final 16.

The pair are training partners. "We know each other's games pretty well, we practise a lot together," Murray said.

But he admitted: "I was struggling, he was making me feel pretty uncomfortable on the court."

Murray will face a Frenchman in the next round - either Gilles Simon or Gael Monfils. 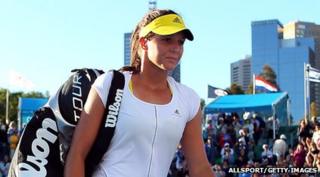 The British female number two was troubled by shoulder problems during her match.

Her defeat is a disappointment after Robson pulled off a stunning second round win over former Wimbledon champion Petra Kvitova.

Fellow Brit Heather Watson was knocked out of Aus Open by Agnieszka Radwanska from Poland on Friday.