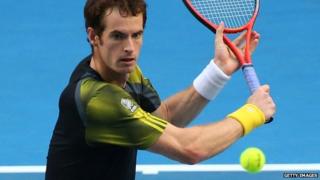 Andy Murray has reached the quarter-finals of the Australian Open with a straight sets victory over Frenchman Gilles Simon.

The 25-year-old made it into the last eight for the fourth year running and will now take on Jeremy Chardy on Wednesday.

Murray is yet to drop a set in the tournament but will still have to get past Roger Federer, and defending champion Novak Djokovic, to win the title.

Djokovic beat Murray in last year's Aussie Open but only just made it through his last 16 game last week.

Experts believe that could mean that Murray is in a great position to win the whole tournament. Victory make it his second Grand Slam Victory following the US Open title he won last year.