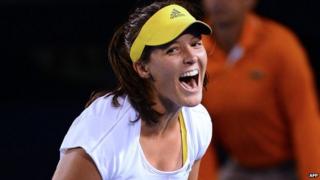 Robson started out poorly and lost the opening set 3-6 to her Czech opponent.

But she got better as the three-hour epic went on - taking the second set 6-3, and coming back from three games behind in the third set to win 11-9.

She said: "I knew it was going to be really tough, I always struggle to play lefties [left-handed players] anyway." 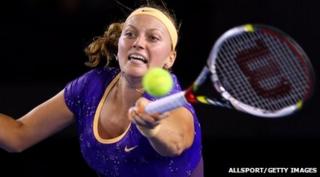 Laura continued: "I knew once I got my returns firing and had more confidence in my serve I would get into the match and that's what I managed to do."

The third set turned into a real thriller with both players upping their game towards the end.

The advantage swung one way then the other, but Laura eventually held onto her nerve in the 20th game of the deciding set.

Laura next faces Sloane Stephens from America in the third round. 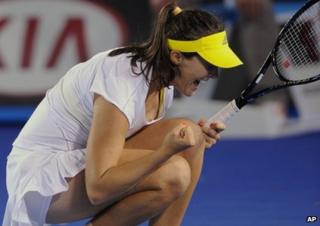 US star Serena Williams goes up against Japan's Ayumi Morita, while her sister Venus battles Maria Sharapova of Russia.