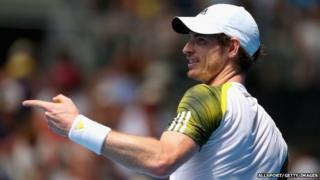 Andy Murray has stayed cool in the scorching Australian Open heat to breeze through to the third round.

Temperatures at the tennis match in Melbourne got close to 40C thanks to a heatwave down under. 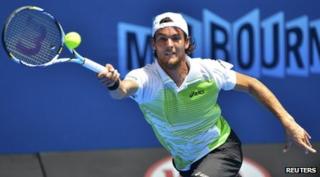 But Murray said: "It wasn't that bad on court. When the sun came out, it was extremely hot. When it wasn't, it was fine."

He added: "There was no humidity. When you get the combination of the heat and the humidity is when it's normally at its worst. I've played in worse conditions, but it's still very hot."

The British number one goes on to face world number 110 Ricardas Berankis from Lithuania.

Murray has never won the Australian Open but has finished runner-up twice before - in 2010 and 2011.

And Juan Martin Del Potro is also through after a straight-sets win over Germany's Benjamin Becker.