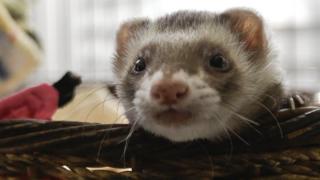 Campaigners in the US state of California are trying to change a law to allow them to keep ferrets as pets.

California is the last place in the US where it's still against the law to keep a ferret. It was made illegal in 1933.

At the time, people were worried that pet ferrets could escape into the wild and endanger other animals. 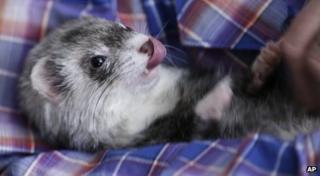 That's what happened in New Zealand, which now has so many wild ferrets that they pose a risk to native birds.

Ferret friendly campaigner Pat Wright said the animals could only multiply that much in places where "There's nothing to eat ferrets, and there's plenty for ferrets to eat."

"It can not happen in mainland California", he claimed.

However the Californian authorities argue the ban is justified because ferrets can spread diseases like rabies.