Andy Murray through to second round 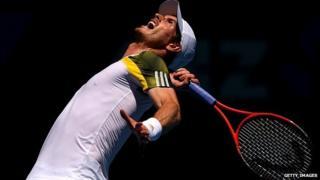 Andy Murray is through to the second round of the Australian Open after a straight-sets win over Robin Haase in Melbourne.

Murray will now face Joao Sousa of Portugal in the second round.

If the Scot wins the Australian Open he'll be the only male player to follow up a first Grand Slam title with another major win.

There was also good news for Laura Robson. The British number two raced past American Melanie Oudin to reach round two for the first time. 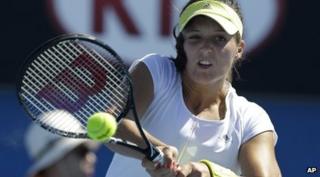 AP
Laura Robson faces Petra Kvitova in the second round

Robson hit 11 aces and a succession of forehand winners in a 6-2 6-3 win to join fellow Brit Heather Watson in the second round.

Are people missing from your class due to Covid?

Stunning photos of the Northern Lights captured in Scotland