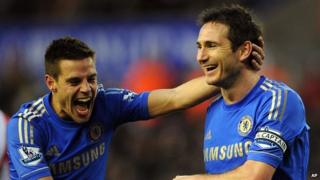 Chelsea climbed to third in the Premier League table after a 4-0 win away at Stoke City.

Despite being helped by two own goals and a missed penalty from Stoke striker Jon Walters, manager Rafael Benitez praised his players performance.

"The team is doing well... all the staff are doing a great job and the atmosphere inside is really good", he said.

There were also wins on Saturday for Southampton, Reading and Sunderland.

The Saints added to Aston Villa's problems, beating them 1-0 at Villa Park.

An impressive Sunderland eased past West Ham with a 3-0 win at the Stadium of Light. 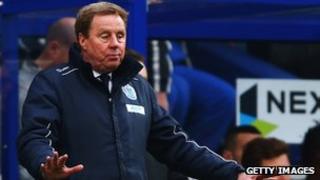 There were also 0-0 draws as Everton hosted Swansea City and Newcastle played Norwich.

Fulham and Wigan shared the points in their 1-1 draw at Craven Cottage.