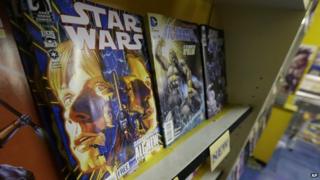 The US government has rejected an idea from Star Wars fans to build a planet-destroying Death Star like the one from the films.

More than 34,000 people backed the joke campaign, saying the huge space station armed with a superlaser would create jobs and help defend the country.

In a playful response, a senior official said the Obama administration "does not support blowing up planets" and said the project would cost about about $850 quadrillion!

Even though it is an extreme idea, under US law the White House has to respond to all petitions that have more than 25,000 signatures.