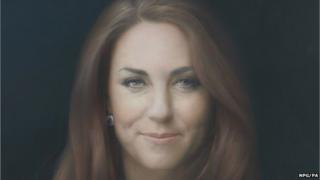 The first official portrait of the Duchess of Cambridge has been unveiled at the National Portrait Gallery in London.

It was painted by the artist Paul Emsley and took three and a half months to complete.

Kate had to pose for the painting twice - in May and June last year.

Kate arrived at the gallery with Prince William on Friday morning to view the portrait. 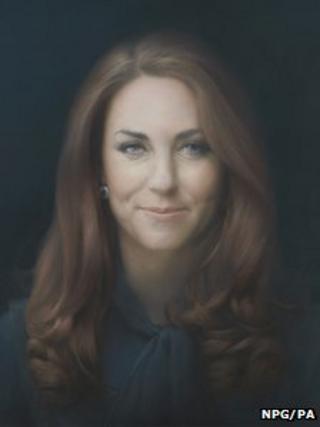 It will go on show to the public on Friday afternoon at the National Portrait Gallery, which Kate is patron of.

Originally, the artist had planned to have the Duchess not smiling in the portrait but when he met her, he changed his mind.

"I think it was the right choice in the end to have her smiling. That's really who she is, I think," he said.

He also knew he wanted to make a feature of Kate's hair. "Everyone, I think, recognises her partly through her lovely hair."