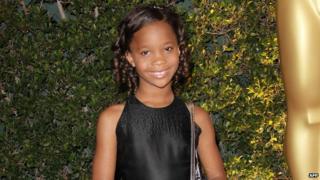 Nine year-old Quvenzhane Wallis has become the youngest ever nominee for 'Best Actress' at the Oscars.

She's nominated for her role in the fantasy drama Beasts of the Southern Wild.

Quvenzhane was only five when she auditioned for the part and says it is like a "dream" to see herself on the big screen.

The Oscars is seen at the biggest and most glamorous film awards.

Tim Burton's Frankenweenie is up against Disney Pixar's Brave and Paranorman to win 'Best Animation'. 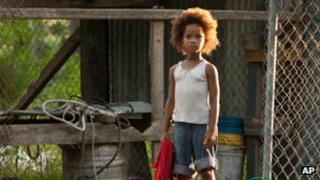 Adele's theme tune to Skyfalll was listed for best song - the only major nomination for the Bond film.

Stephen Spielberg's film Lincoln, about former American president Abraham Lincoln, received the most nominations - 12 in all - including 'Best Film'.

A total of 24 categories have been announced, including the best acting performances of the year and technical awards in editing, design and music.

The ceremony will take place in Hollywood on 24 February and will feature a tribute to 50 years of James Bond movies.