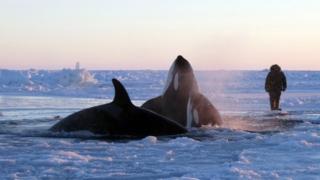 Around a dozen killer whales have managed to escape after being trapped under thick ice off the coast of Canada.

The huge mammals have spent the past two days fighting for air around a small hole in the ice off Hudson Bay, in Northern Quebec.

The animals got into difficulty when the bay froze, leaving them unable to get further out to sea.

But it seems shifting ice allowed the whales to escape into open water. 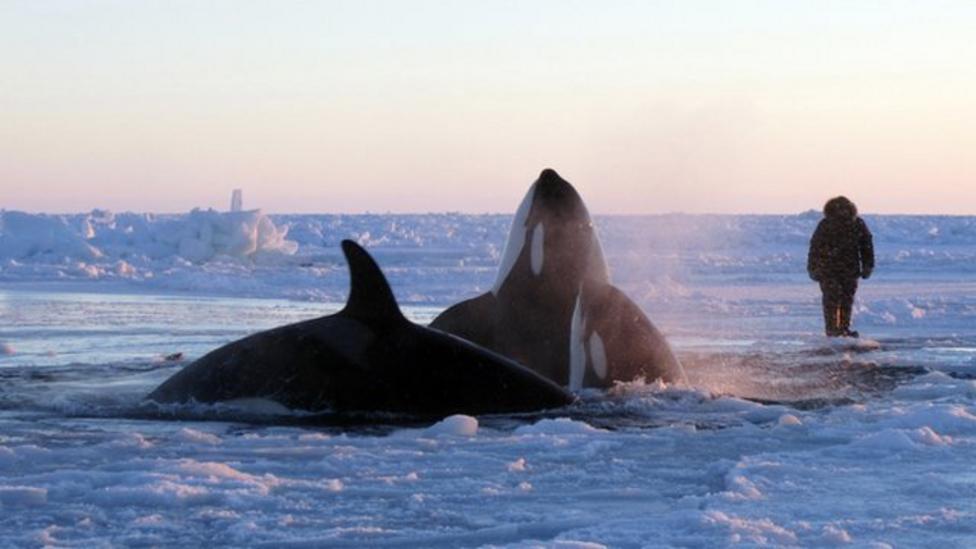