Earth won't get hotter for at least five years 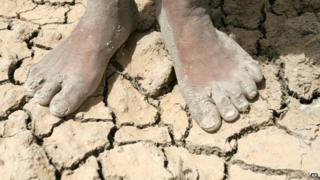 Forecasters have changed their prediction of how much Earth's temperature will change, saying it won't get hotter for five years.

The Met Office had thought a rise in temperature of 0.3 degrees would happen between 2004 and 2014.

But now they predict that from 2013-2017 the temperature is likely to stay the same.

Groups that have doubts about climate change argue that this could mean that global warming has stopped.

The change in the Met Office's forecast could mean that by 2017, there will have been no global increase in temperature for 20 years.

However, forecasters from the Met Office don't support this reading of their predictions.

"The warming trend has not gone away," Julia Slingo, the Met Office's Chief Scientist told a newspaper.

Many people are worried about climate change because of the effect it could have on the world's weather, sea levels and polar ice.

Scottish fans to return to stadiums next week