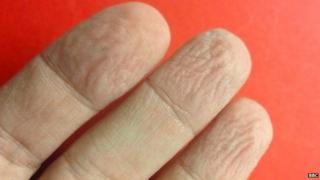 Scientists reckon they're getting closer to explaining why our fingers go all wrinkly after being in the bath.

Researchers from Newcastle University say they think it's to help us get a grip on wet objects.

According to the new theory, our ancestors may have evolved the feature as they foraged for food in wet fields and streams.

To test the idea, scientists experimented with marbles in a bucket of water. 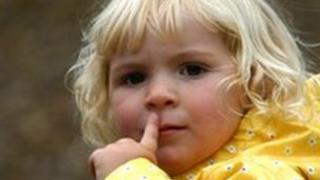 Volunteers were asked to pick up the marbles with one hand and pass them through a small slot.

Those with wrinkled fingers kept completing the task faster than those with smoother skin.

The team found that wrinkles gave no advantage when moving dry objects, which suggests that wrinkly fingers are specifically for helping us hold onto wet objects.

Our ancestors might not have played with wet marbles, but having better gripping fingers and feet would certainly have helped when they foraged for food along lake shores and by rivers.

Dr Tom Smulders, who was part of the research project, said: "It would be interesting to see just how many other animals displayed this trait - in particular, in primates."