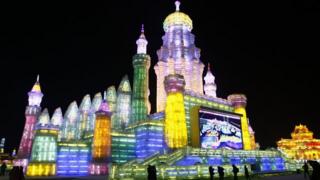 An annual ice festival featuring a giant crystal palace has opened in the north-east of China.

The amazing sculptures have transformed the city of Harbin into a winder wonderland designed around the themes of dreams, snow, forest and magic ice animation.

It's taken 150 thousand square metres of snow and 180 thousand cubic metres of ice to make the sculptures and this year there's even a slide made out of ice.

The largest snow sculpture is 120 metres long, while the 48 metre tall crystal palace towers over the theme park.

People have been so excited by the fairytale wonderland that 16 couples have even got married there.

Last year, more than thirteen million people travelled to the festival and even more are expected to go this year, despite freezing temperatures of -26 degrees.

The ice and snow festival lasts for one month and is one of the largest in the world. 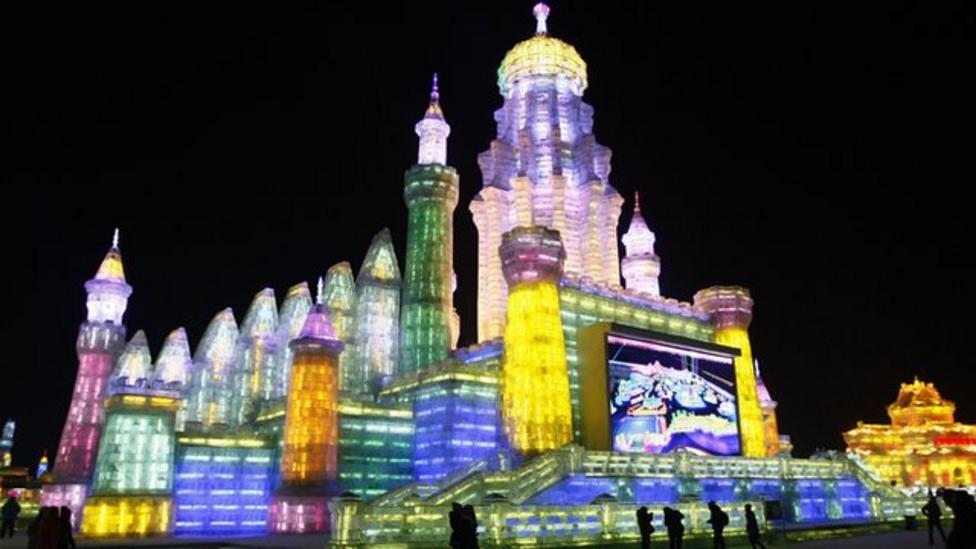