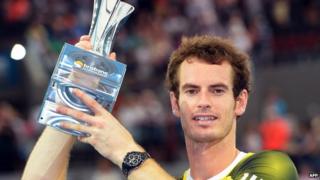 Murray, who won the US Open last year, won in straight sets 7-6 (7-0) 6-4 in just over an hour and a half against the Bulgarian player and world number 48.

It wasn't all plain sailing though, Murray lost 11 of the first 12 points, trailing 3-0 and had to save set point before going on to win the first set on a tie-break.

In the second set, Dimitrov led 4-3 but Murray showed why he's a grand slam champion and raised his game, breaking back to make it 4-4 and then rushed through his service game in 56 seconds to make it 5-4.

He then broke Dimitrov in the next game to seal victory in 90 minutes.

It's the 25th career title for Andy Murray and comes just ahead of the first grand slam of the year, the Australian Open in Melbourne, which starts on 14 January. 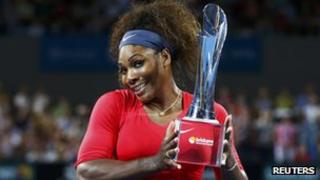 It was 47th career title for Williams who eased to victory in 51 minutes.

The 15-time Grand Slam champion will be looking to reclaim the Australian Open later this month, after winning it 5 times, with her last victory coming in 2010.