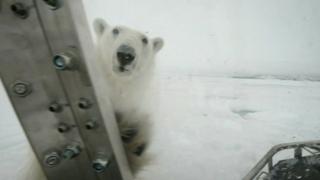 A wildlife film maker had a close call with a polar bear in the Arctic, after it tried to hunt him.

Gordon Buchanan was sitting in a specially designed polar bear proof box called the 'ice cube' when a female polar bear spotted him.

The hungry bear tries to break through the 'ice cube' but the specially designed Perspex plastic is too tough and she eventually gives up.

Cameras inside the 'ice cube' captured the dramatic moment for a new series called The Polar Bear Family and Me, which starts on Monday 7 January on BBC Two.

Check out the video above to see Gordon coming face to face with the polar bear. 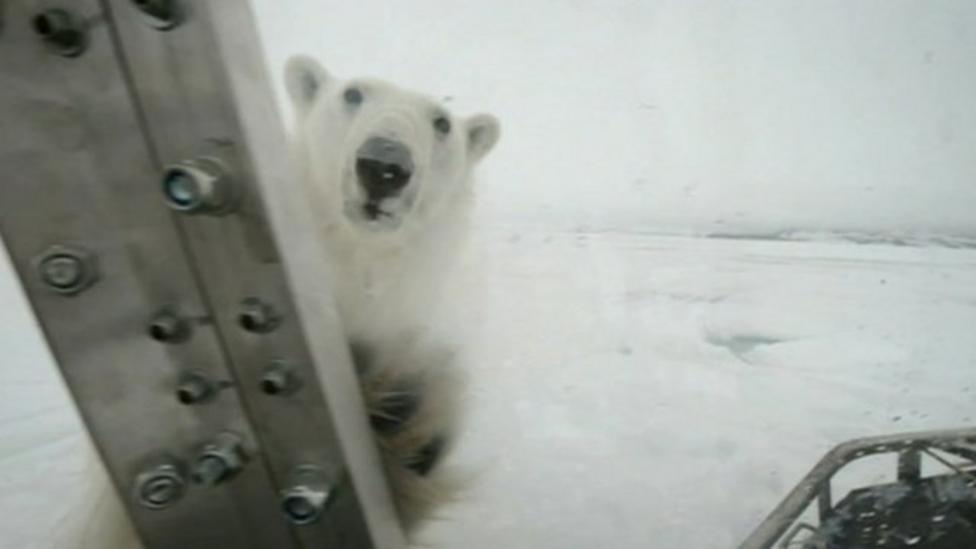