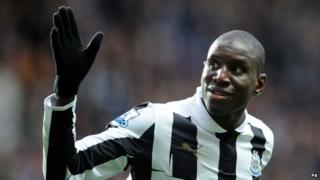 Chelsea have signed striker Demba Ba from Newcastle on a three-and-a-half year deal for an undisclosed fee.

It's thought Ba will move for £7 million, after agreeing personal terms with The Blues

The Senegalese striker, who moved to Newcastle from West Ham in June 2011, replaces Daniel Sturridge, who left Stamford Bridge to join Liverpool this week.

The 27-year-old has scored 13 league goals for the Magpies this season.

The 28-year-old Spaniard has scored 14 goals this season, although just seven have come in the league.