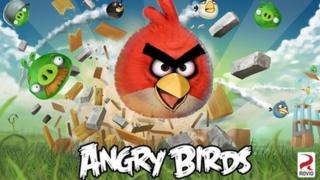 The creators of Angry Birds have announced that the games were downloaded over 30 million times in a week over Christmas.

They also admitted that the games were also downloaded 8 million times just on Christmas Day.

Rovio, the games creators say that they've already started working on several more Angry Birds games, as well as a cartoon series and a film.

The company had a very successful year and have even passed 1 billion downloads.

Angry Birds wasn't the only game to have enjoyed a happy Christmas for downloads, either.