Could US economy fall off 'cliff'? 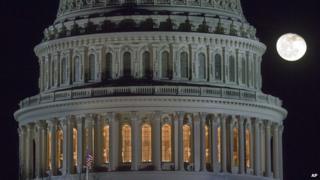 Time is running out for politicians in the United States to agree a deal to save the economy.

On 1 January 2013, people in the US will have to start paying more taxes and the government will have to cut how much it spends.

If that happens, experts say families will have less money to spend, which will cause big problems for the economy.

But the people in power can stop the changes if they agree a different deal.

Republicans and Democrats - the two main political groups - have been arguing for months about how much tax people should pay to the government and how much the country should spend on things like helping people who are out of work.

They need to come up with a plan they both agree on by the end of 2012.

If not, automatic laws will make taxes rise for almost every working American, and big cuts in government spending will kick in from Tuesday 1 January.

If that happens, the effect on families' finances could push the economy over what has been called the "fiscal cliff". 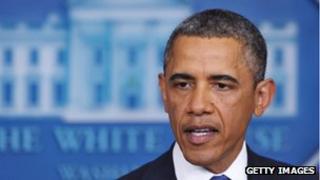 President Obama wants to make sure taxes do not rise for middle-class families, saying that would "hurt our economy badly".

It's thought people will spend less money, and the United States could go back into recession, which is when the economy stops growing.

If that happens, businesses could suffer and thousands of people could lose their jobs, pushing many families further into poverty.

Politicians have been struggling to reach a new deal which could avoid those problems, because Democrats think very rich people should be taxed more, and Republicans don't want to see tax rises for anyone.

If they still can't agree by the deadline, both sides will get to vote on a fallback plan by President Obama, which keeps taxes lower for most Americans.

Should schools do more outdoor learning?

How to make your cat love you

Liverpool: How slavery shaped our cities