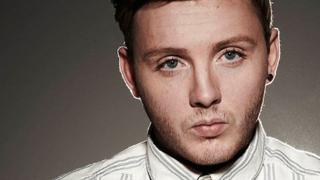 X Factor winner James Arthur is back at the top of the singles' chart, a week after missing out on the Christmas number one.

Arthur's single Impossible was beaten to the festive top spot by charity track 'He Ain't Heavy, He's My Brother'.

The single, featuring artists like Robbie Williams and Rebecca Ferguson, is raising money for the families who were affected by the Hillsborough disaster in 1989.

The cover of a big hit from 1969 fell to number five in Sunday's chart.

Emeli Sande stayed at the top of the album charts.

Our Version Of Events is already the biggest-selling album of the year, with sales of more than 1.32 million.

He shot straight to number one in the singles' chart with his first release.

At the time, the singer thanked fans, saying: "You've made my dreams come true."