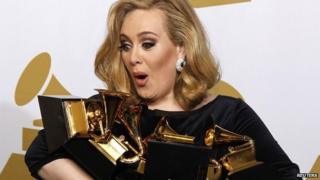 It's been a good year for Adele - winning Grammy Awards, singing the James Bond theme tune and giving birth to her first child.

Now, her second album, 21, has become the UK's fourth biggest-selling ever.

The Official Charts Company's figures show that more people have bought 21 than (What's The Story) Morning Glory? by Oasis, who were in fourth place.

Adele could even move up into third position if half a million more copies of 21 are bought. 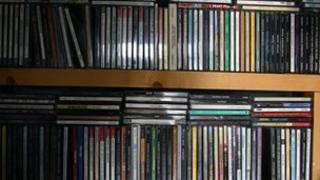 The album, which includes hits like Rolling in the Deep and Rumour Has It, has now sold 4,562,000 copies.

Last Christmas, 21 overtook Amy Winehouse's Back To Black to become the UK's biggest-selling album of the 21st Century so far.

It has sold 784,000 copies so far this year, making it the second biggest-selling album of 2012 so far behind Emeli Sande's Our Version Of Events.