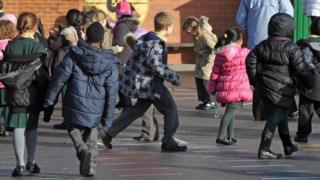 Children who are kind to each other are more popular with their classmates, according to a new study.

Scientists in the United States asked some groups of children to do three kind things each week for four weeks.

After the four weeks, the children who were asked to be deliberately kind were happier and more liked by classmates.

The researchers say that encouraging simple "positive acts" could help children to get along better and even stop some bullying.

Around 400 school children aged between nine and 11 took part in the research. Some were asked to do kind things, others were given a different activity.

The acts of kindness weren't just aimed at fellow pupils.

Some of the kind things the children did included giving a parent a hug when they were stressed by their job, giving someone some of their lunch and vacuuming the floor. 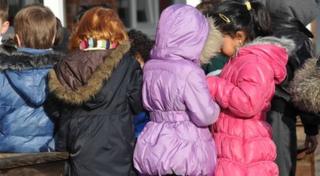 "Before the four weeks, we had each student circle [the names] of students from their classroom who they would like to be in school activities with," explained the lead researcher, Kristin Layous from the University of California, Riverside.

The children were asked to repeat this same "nomination process" at the end of four weeks.

"The children in the kindness [group] gained significantly more nominations than the [other group]" Dr Layous said.

"I was not completely surprised that students increased in happiness, because we have found the same effects in adults,"

"[But] I was surprised that a simple activity could change the dynamics of a well-established classroom."