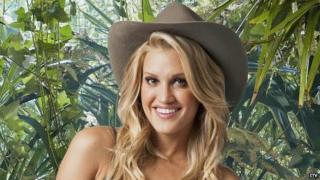 The judges for the new series of Dancing on Ice have been revealed.

I'm A Celebrity star Ashley Roberts will be swapping the Australian jungle for the ice rink as she becomes the newest judge on the show.

Ashley will be joining Karen Barber, Jason Gardiner, and Robin Cousins who are all familiar faces on the panel.

The new series starts on 6 January, with 12 celebrities doing their best to impress the judges on the ice.

Former Pussycat Doll Ashley will use her dancing and singing expertise to asses their routines.

"I'm beyond excited to be joining Dancing on Ice as a judge. To work alongside Torvill & Dean is such an honour, they're absolute legends" she said.