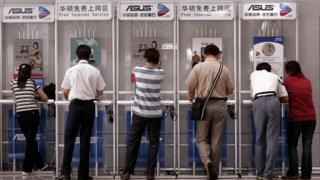 China has brought in tighter new rules for using the internet in the country.

People now have to give their full identity to their internet company.

It's claimed that this will help protect personal information. But critics think the government is trying to limit freedom of speech.

Chinese officials keep a close watch on what happens online in China. Several websites are blocked, including Facebook and Twitter.

Despite this, hundreds of millions of people use the web in China.

The internet has been used to organise protests and expose politicians doing wrong things.

The new rules also say that internet companies must stop the exchange of any "illegal information" that is spotted.

Some people think the measures are a way for the government to deal with threats to their leadership.

New leaders for China were announced in November. There is only one political party, the Chinese Communist Party, and there are no elections.