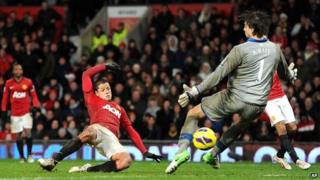 Man United are seven points clear in the Premier League, after a thrilling 4-3 win over Newcastle that saw United come from behind THREE times!

The Magpies' James Perch scored early on. Jonny Evans then levelled for United, before scoring an own goal.

After the break, Patrice Evra equalised for the Red Devils, only for Papiss Cisse to make it 3-2 for Newcastle. 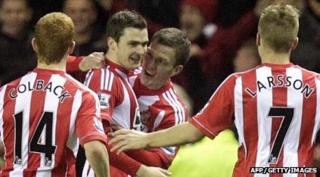 Elsewhere, it was a busy Boxing Day in the Premier League, with nine matches.

Tottenham are fourth in the table, after beating Aston Villa 4-0.