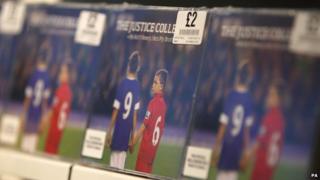 Every year there's a battle to get the Christmas number one single.

This Christmas, it looks like a charity song to remember the victims of the Hillsborough disaster might get the top spot.

He Ain't Heavy, He's My Brother, had sold 23,000 more copies than James Arthur's X Factor winners single 'Impossible', on Friday, according to the Official Charts Company.

The Official Christmas Number 1 will be revealed on BBC Radio 1's Official Chart Show with Reggie Yates on Sunday.