Copying music from CDs for personal use now legal 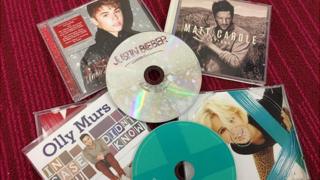 Did you know it was against the law to copy songs from your CDs on to your MP3 player or laptop?

It might surprise you, but it's actually illegal to make digital copies of things like music, films and books for yourself - even if you own them already.

Well, the government's now announced plans to change this by updating the laws on copyrighted material.

But giving copies to other people will still be banned.

Copyright is a type of legal protection for things that people have created, such as paintings, songs and movies.

The Business Secretary, Vince Cable, said the move was "not only common sense but good business sense".

The planned changes also make it easier for teachers to use copyrighted works in the classroom.

But some musician and songwriter groups have complained that they will lose out.