Dyslexia is a learning difficulty that lots of people have. It affects about one in ten people in the UK, including adults as well as children.

If somebody has dyslexia, they may have difficulties with their reading, writing or spelling.

If you have been watching CBBC's music talent show 'Got What it Takes?' then you will know Georgie.

Georgie has dyslexia and finds it hard reading things like song lyrics.

"It's something that I've found difficult and people don't always understand what it means to have dyslexia" Georgie said.

The heart transplant that changed history

'I couldn't talk, but music taught me how' 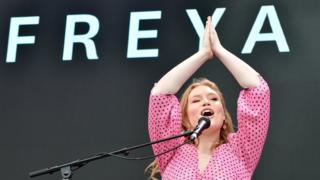 Georgie says she didn't wanted 'to make a big deal' out of having dyslexia and says it's just something she has.

But she still finds it hard and and hopes that other kids know that it's ok to struggle sometimes.

"I've had so many supportive messages, it's been amazing and that's why I wanted to talk about having dyslexia, I want other people know it's a completely normal thing."

Georgie isn't alone, she even had a special message from musician Freya Ridings who also has dyslexia.

"It was so amazing to get the message from Freya, she has achieved all the things she's achieved.

"That makes you feel as if nothing can stop you from doing the things you want to do. And, Georgie said Freya is right! "Dyslexia is a superpower!"

It doesn't affect intelligence and it is not a disease or an illness - it is a condition that someone is born with.

Figures suggest that even though the condition is quite common, there are a lot of people who are living with it without knowing that they've got it. This means that they are 'undiagnosed'.

As with many learning difficulties and conditions, not everybody with dyslexia has the same experience.

Some people might struggle with their reading and writing, while another person with dyslexia might find maths more tricky.

One experience that is quite common is finding it difficult to remember things.

This can affect tasks like going to the shop or remembering what to pack for a particular trip.

People with dyslexia often have good skills in other areas, such as creative thinking and problem solving.

Another way that people with dyslexia might experience the condition is finding that words move about the page when they try to read.

This can make school work difficult to complete without special help and support.

Radio 1 DJ Mollie King, who has dyslexia, explains: "The prospect of reading out loud in class filled me with my dread. It got to the stage where I was so panicked that I'd make up an excuse to leave the room when it was my turn. That's when my teacher suggested I get tested for dyslexia." 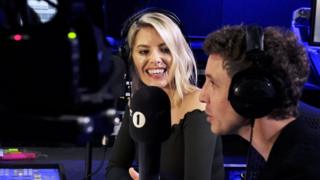 When I was diagnosed with dyslexia at the age of 10, it came as a huge relief. I'd been feeling like I was stupid and somehow worse than my classmates, and I didn't understand why. But with the diagnosis, everything clicked into place. I knew I wasn't worse than everyone else - I was just different.

How do you manage dyslexia?

There are lots of different ways that children with dyslexia manage their condition. It also depends on their experience of it and how it affects them.

Some children who struggle to remember things may use a voice recorder to set reminders.

Children who have trouble reading might use a coloured overlay over the top of their text to help them to read.

"Reading through a coloured sheet really helps - the colour that works for me is yellow," explains Mollie. "If I put it over, it means I can read from left to right and it stops the words popping out on the page."

Others may benefit from special learning techniques or personal tutoring. 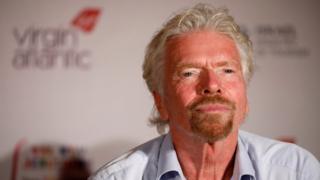 Dyslexia is caused by differences in the language areas of the brain and the connections between them.

It often runs in families and it can affect people of any age from any country.

Can you cure dyslexia?

Dyslexia can't be cured and people who are born with dyslexia have it all their lives - but it can usually be managed if a person is given the right support.

People with dyslexia can go on to be as successful as somebody without the condition - like successful businessman Sir Richard Branson.

Speaking to BBC Newsbeat, Mollie King has some great advice for anybody who is living with dyslexia.

"You're not alone - it's something to be proud of we shouldn't be embarrassed or ashamed and really focus in on those things you are good at," she says.

"For me it knocked my confidence because I couldn't keep up with the pace they read at [in school]. Focus on those things that you're good at - maybe you're sporty or maybe you're very creative."

Dyslexia isn't something that defeats you. The key is being diagnosed as early as possible. It breaks my heart that there could be people out there struggling through life unnecessarily because they've not been diagnosed, and are still feeling stupid the way I did. The better we all understand dyslexia, the more we can help people who have it to reach their full potential.