There's been a big rise in cases of norovirus - often known as the winter sickness bug.

The Health Protection Agency reckons there have been about 880,000 cases in England and Wales since the summer, 83% more than the same time last year.

Health Protection Scotland has also reported a rise in cases. 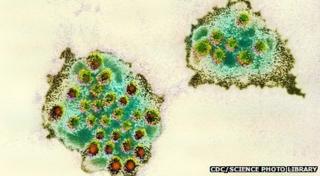 CDC/SCIENCE PHOTO LIBRARY
This is what norovirus looks like up close!

Norovirus can spread from person to person really quickly, especially in crowded places like hospitals and schools.

Noroviruses are the most common cause of stomach bugs in the UK, affecting all ages.

Symptoms include feeling really poorly, being sick and having diarrhoea (runny poo).

Some people may have a fever, headaches and aching arms and legs.

The illness is not generally dangerous though and most people make a full recovery within one to two days. 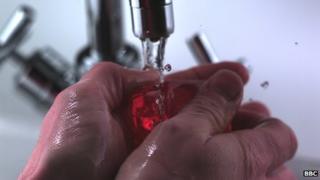 How can you avoid it?

Norovirus is passed from person to person when people don't wash their hands properly after using the bathroom.

The germs can be found on toilet handles, seats and doors for example.

Always making sure you wash your hands properly after going to the toilet and before you eat can help reduce the chances of getting the bug.

There is no treatment, other than to let the illness run its course.

People who are affected should drink plenty of water to stop becoming dehydrated and always wash their hands to help stop the illness from spreading.