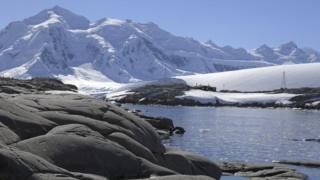 The Queen has made an historic visit to Downing Street today to meet the Prime Minster David Cameron and attend a cabinet meeting.

During her visit it was announced that part of the British Antarctic Territory, about twice the size of the UK, is to be renamed as Queen Elizabeth Land.

She is the first monarch to attend a cabinet meeting since King George III in 1781. 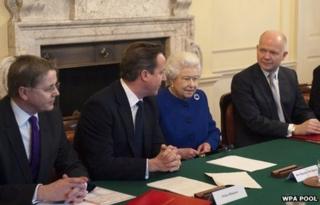 What is the Cabinet?

The Cabinet is made up by a group of senior politicians in charge of different departments, like education, health and transport.

They usually meet every week to discuss different topics. Together they help the Prime Minister make Government decisions.

Once the cabinet members had arrived, the Queen was welcomed to the meeting before Mr Cameron discussed the day's talking points.

The announcement that an area of Antarctica will be named in her honour was made after the meeting.

Foreign Secretary William Hague said: "This is a fitting tribute at the end of Her Majesty's Diamond Jubilee year, and I am very proud to be able to announce it as she visits the Foreign and Commonwealth Office."

Although the Queen is head of state, her parliament make the day-to-day political decisions.

Prime Minister David Cameron meets with her regularly to discuss events and it is expected that she will approve the decisions that Government make on her behalf.