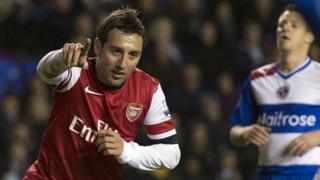 Arsenal kicked off the festive footy season in style last night with a convincing 5-2 win against Reading.

Lukas Podolski opened the scoring before Santi Cazorla netted 3 goals to score his first hat-trick for the club.

Reading fought back in the second half with two goals but Theo Walcott stepped up to round off an important victory.

The result lifts the Gunners to fifth in the Premier League, two points behind London rivals Tottenham.

It's Reading's sixth defeat in a row, leaving the club rock-bottom of the league and six points from safety - having only won one game all season.