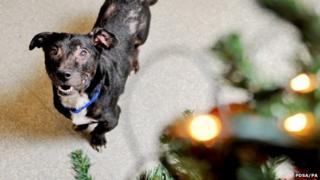 A dog has been saved by vets after swallowing his owner's Christmas lights in Southampton! 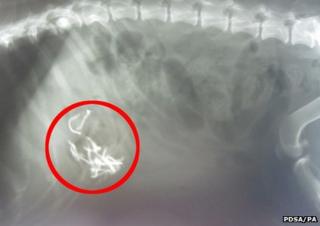 An X-ray cast light on the problem - tangled remains of fairy lights inside Charlie's stomach.

Vets rushed to perform life-saving surgery on Charlie, who's now back home and fully recovered. 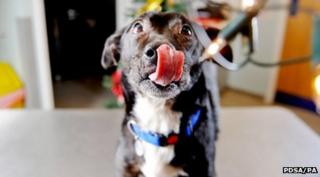 Charlie had also eaten a shoelace

It's not the first time Charlie's eaten something he shouldn't have!

Owner Sharon Fay recalled: "Back in March he ate one of my scarves and needed an operation to remove it, but I thought it was just a one-off."

"But it's the first time any of us have treated a dog that has actually eaten fairy lights."

PDSA is advising pet owners to be extra cautious this Christmas and to keep things like festive decorations and toys out of reach.