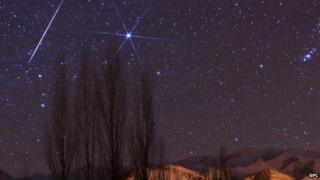 There was an amazing show going on in space for people lucky enough to see the annual Geminid meteor shower.

Although there was a lot of cloud around the UK last night, a few lucky people saw loads of shooting stars streaking across the sky.

The shower happens every year as the Earth crosses the path of an asteroid.

Sky watchers were rewarded with the sight of up to 50 shooting stars an hour as the trail of rocky debris burned up in the Earth's atmosphere. 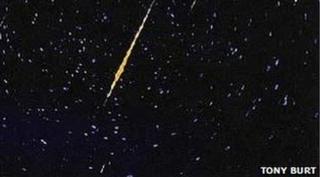