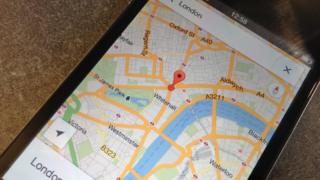 Google has released a maps application for the iPhone after complaints over Apple's own mapping software.

In the latest iPhones, Apple dropped the maps made by Google that used to come on the phones and replaced them with its own maps.

But loads of people are complaining about the Apple maps because of mistakes that missed some places out or sent people to the wrong destinations.

The new Google app also includes features that previously were only available to Android devices.