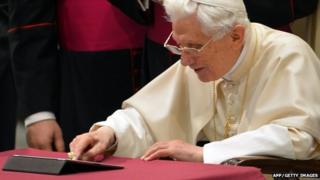 He pressed a button on an iPad at the Vatican on Wednesday, to send his tweet in eight different languages.

His tweet read: "Dear friends, I am pleased to get in touch with you through Twitter. Thank you for your generous response. I bless all of you from my heart."

The Pope gained nearly one million followers even before his first tweet! 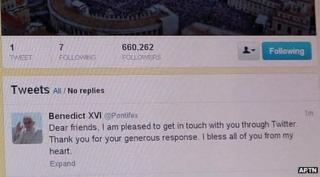 When it was revealed the Pope would start tweeting earlier this month, a spokesperson said he wanted to "reach out to everyone".