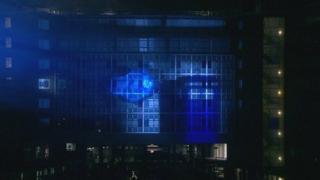 Hold on to your hats! The Tardis from Doctor Who has been seen 'flying out' in a stunning 3D lights show.

It was part of a special edition of The One Show, broadcast outside the building, to mark the Christmas lights switch-on there.

Strictly Come Dancing and EastEnders were two other major BBC programmes featured - watch the clip and see if you can spot them! 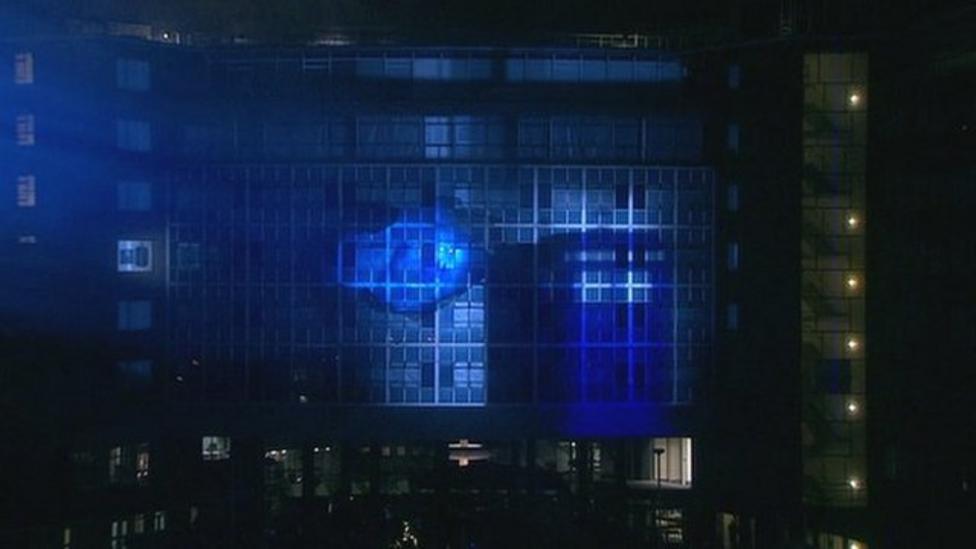