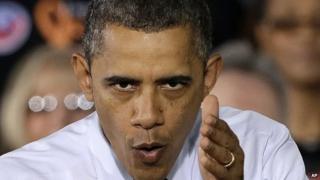 A newly discovered extinct species of lizard has been named after President Obama.

It's thought the Obamadon gracilis died out during the time of the dinosaurs.

It was a tiny lizard and the 'gracilis' part of its name means slender. 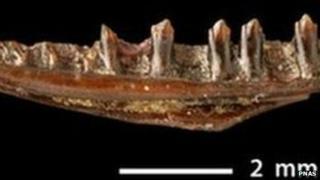 Here's the fossilised jawbone of an Obamadon gracilis

Scientists now think the giant extinction event that killed off the dinosaurs also saw off most of Earth's snakes and lizards.

A new study's saying 83% of snakes and lizards like the Obamadon gracilis became extinct at that time.

It's widely thought to have been caused by an enormous asteroid impact at the end of the Cretaceous period, about 65.5 million years ago.