Ancient lake to be explored 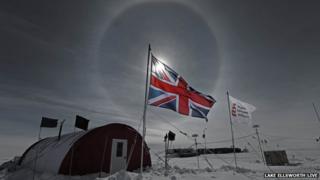 Final checks are under way in Antarctica before scientists take a first look at an ancient lake far beneath the ice.

Lake Ellsworth has been lying under at least two miles (3.2km) of ice for up to half a million years.

This will be the first attempt to reach the lake and take out samples of water and sediment.

Despite the lack of sunlight, scientists reckon they will find tiny microbes in the water.

It's hoped the investigation will help scientists understand the limits of where life is possible.

The lake is about 14km long, 3km wide and 160m deep - about the size of Lake Windermere in Cumbria.

It's located in a part of Antarctica famous for its low temperatures and blasting winds so spending time there is a tough challenge for the scientists. 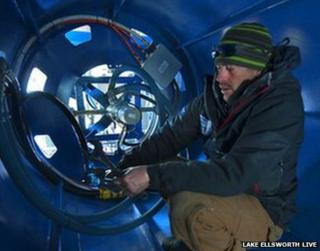 The scienists will drill down into the lake to get samples of water and sediment.

Time to 'hit the Go button'

The chief scientist, Professor Martin Siegert of Bristol University, told the BBC that he was looking forward to it:

"We're very excited about this work and we're very much looking forward to doing science that has taken us so long to plan.

"Now the experiment is set we can hit the Go button."